There are a ton of free games online, and that includes free first person shooters. Including some quality expensively-produced first person shooters later released as free-to-play. With this list of games, you won't have to pay for entertainment for a long-long time - as long as you enjoy blowing things up. A great wonder of the internet is the ability to play first-person-shooters for free, with tens of thousands of other players from around the globe. So check out the comprehensive guide below to free first person shooters, get downloading and happy fragging!

Steam is a gaming platform that allows you to download many games for free and for a payment, and play them on servers you access through the Steam interface. It also provides social networking, connecting to and adding friends, adding anyone you play with to your friends list, and play with them later on. Popular games available to play on this platform include: Counter-Strike, Counter-Strike: Source, Call of Duty Modern Warfare 3 - Multiplayer, Counter-Strike: Global Offensive, The Elder Scrolls V: Skyrim, Dota 2, Sid Meier's Civilization V. These of course are all games that require payment. But Steam also offers free games, and free first person shooters. So first Download Steam and join the 4.7 million players currently online, and then download one of the games below: 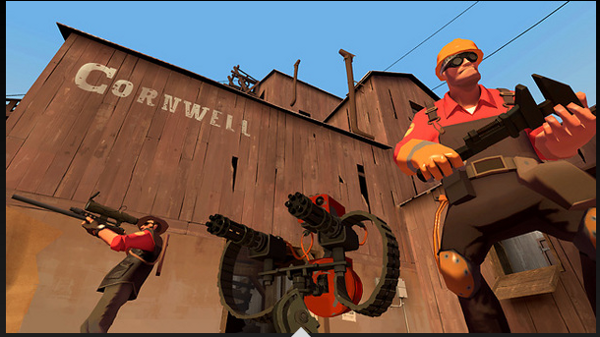 One of the most popular and highest rated free to play first person shooters. A huge community of players and player mods. Not originally designed as a free-to-play game and so does not face restrictions in game play others might. Definitely worth checking out this team-based game. A Steam "Metascore" of 92/100 (rated by the players). 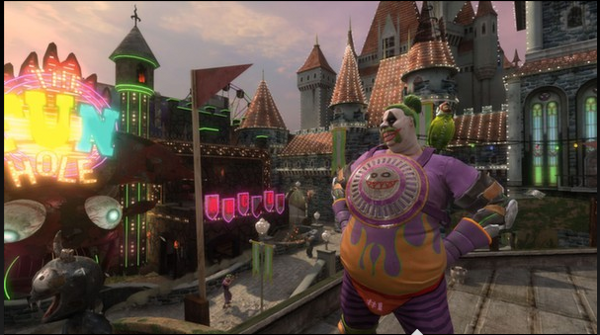 A newer free first person shooter, designed as a free-to-play game. You can buy extra add-ons/weapons etc. However, it looks like it would be fun to try, and it is pretty new, might want to check this game out. Download and play for free! 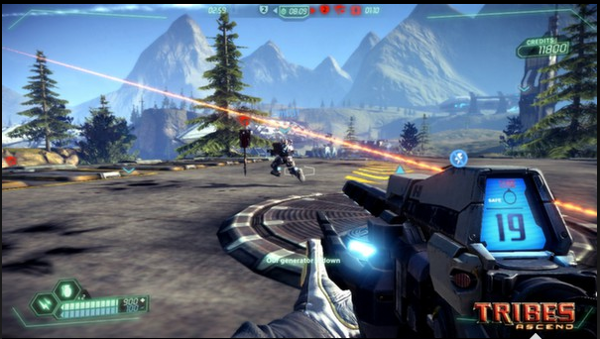 This is an older game, but still has a large player base and is still fun. Very unique gameplay involving rocketing and "skiing" around the map. Fast paced first person shooter. You level-up your weapons as you play, or you can buy the higher leveled weapons. A Steam "Metascore" of 86/100 (rated by the players). 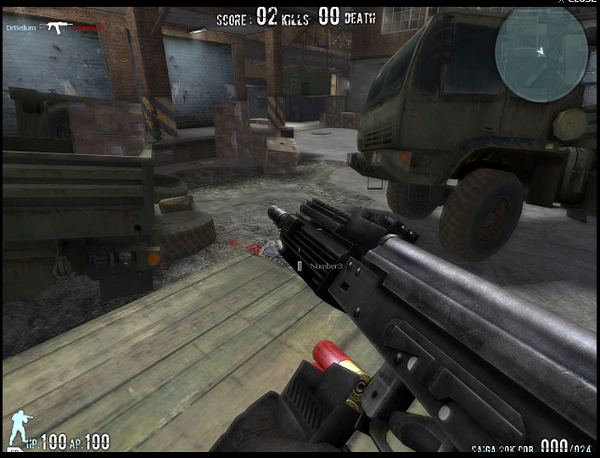 A more traditional first-person shooter with older graphics. It boasts to have the most weapons out of all online games. As you play you unlock weapons and gear. You may want to check this free first person shooter out. 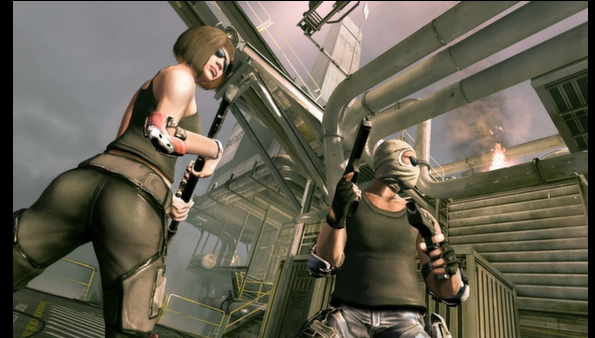 Better looking graphics than Tribes and Combat Arms. An interesting game-play characteristic related to being on a reality TV show, and the more destruction you deal, the more fans that follow you. You can buy different items and weapons in the in-game marketplace. The Steam "Metascore" of only 53/100 (rated by the players) I find concerning though.

Open source software is free to play. It also means you can typically use the software for any purposes, including commercial purposes, if you wanted. But generally there is a large group of like-minded developers and gamers that work together to develop the software further and to greater heights to make it adaptable and fun. So check out and download these open source free first person shooters, and maybe help out the creators if you like the game: 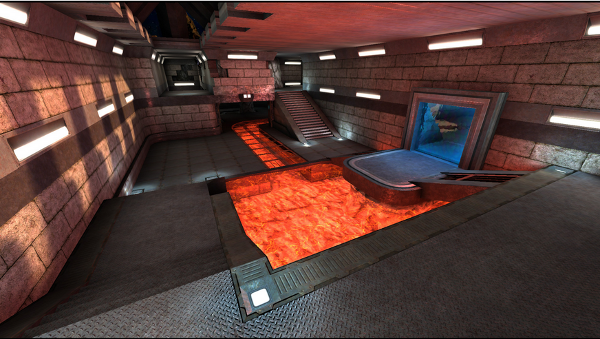 This game began originally as a Quake 1 modification, and grew from there. The developers' goal is to now is to try and be the best open source free first person shooter out there. The game mechanics are similar to Unreal Tournament and Quake and requires team play. There's even going to be a "nations cup" soon. Check er' out!

Red Eclipse offers both single-player and multi-player action. It claims to be an "ego-shooter" and is based off of the Cube Engine 2 but has been totally re-done. Red Eclipse strives for balanced gameplay, agility and variety, and gives complete control to map makers. A community-based development! Play for free.

Unvanquished is a very popular Open Source game under active development, new updates being released monthly. A futuristic sci-fi game pitting humans vs. aliens, and you can play on both sides. Works with Quake 3 mod tools and file formats. 93% recommended by the users. 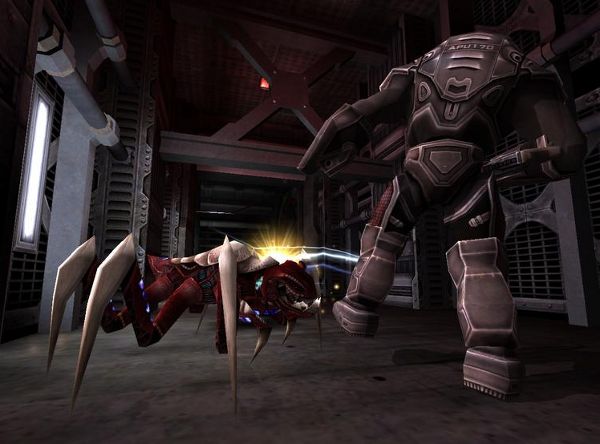 Tremulous is based on the Quake 3 engine and does quite a good job at putting together a first person shooter that is open source and stand-alone (Don't need Quake3 to play). Download for free! 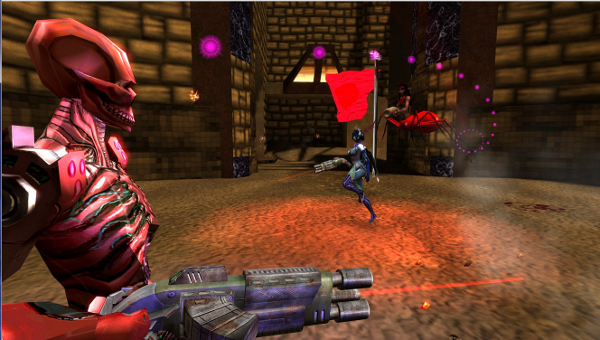 Open Arena is another Quake 3 engine based free first person shooter. The goal of this project is actually to simulate Quake 3 as much as possible with the gameplay, and apparently it does a very good job in doing so. Lots of servers around to play on. 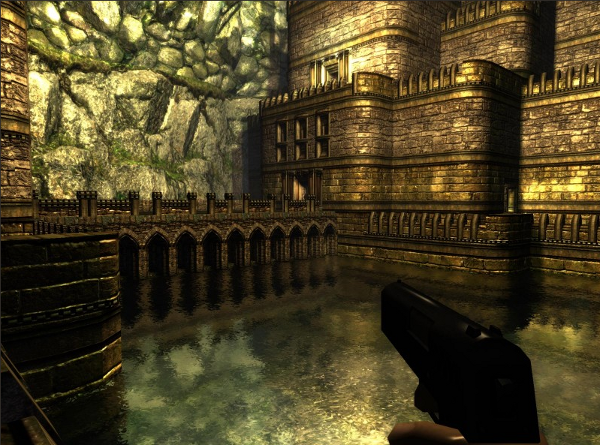 Designed to allow dynamic changes to the map/geometry in-game. 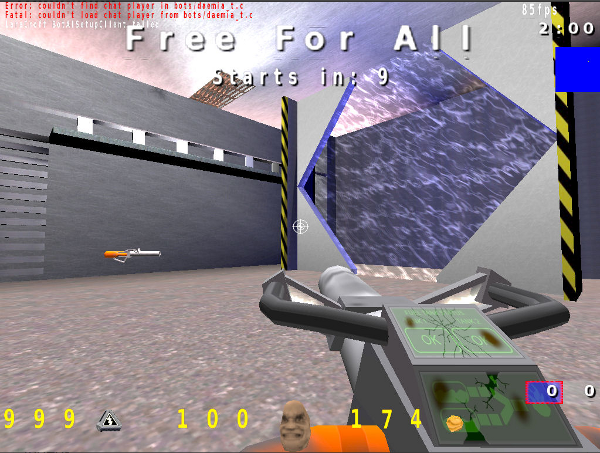 Trepedition is a stand-alone open source first person shooter, free to play, again based on the Quake 3 engine. Trepedition is also the unique game mode included where each team has to defend their power cores while destroying the other's. 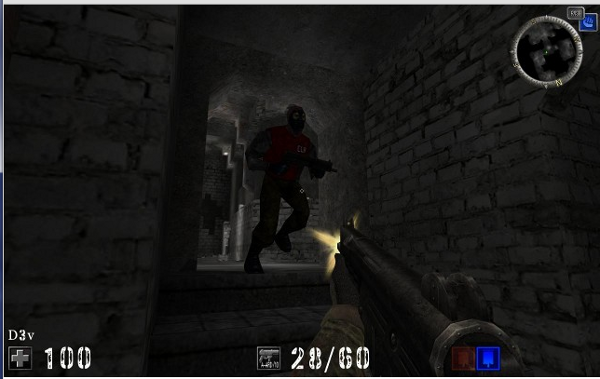 The developers of the cube engine consider it as maybe the best FPS based on the engine. This free first person shooter is light weight, low latency, and can be played on a 56kb connection if that's all you got. But it also has 12 multiplayer game modes, and you can play against bots.

Aleph One is the continuation of what was called Bungie's Marathon. Highly rated from users and other developers, there are a lot of community-built games that run off of this engine. 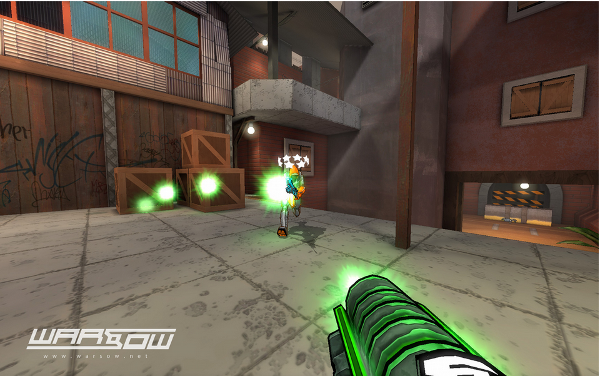 This is a unique game that touts itself as "most fast-paced sport on the web". Whether it's a sport or not is beside the point, but it is fast paced, using jumping, jump-tricks, sliding, bunny-hopping, etc, to add skill and speed to this free first person shooter.

There are many types of free first person shooters. Some come with special open-source licenses, some are distributed as freeware, and some are just simply free. Check out this list below, a guide to even more free games! Good huntin'. 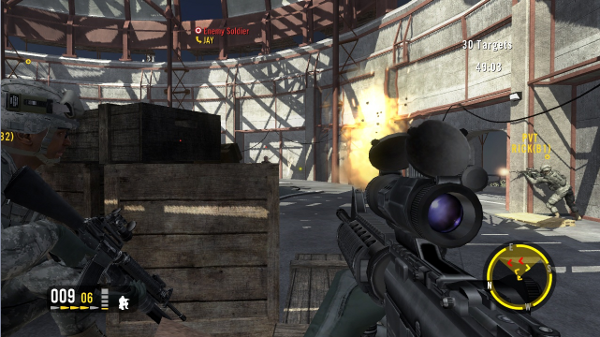 Developed by the American Military as a recruitment tool, this FPS is meant to be realistic. You must "level-up" in training camp and actually sit down and listen to a lecture (in-game) to pass your medic course. Nevertheless it can be lots of fun as well, and is worth checking out what the government can do when they put out a free first person shooter. It continues to be developed, and each version of the game (AA1, AA2, AA3) can be significantly different from the previous in terms of game play. 93% recommended rating from users/developers. 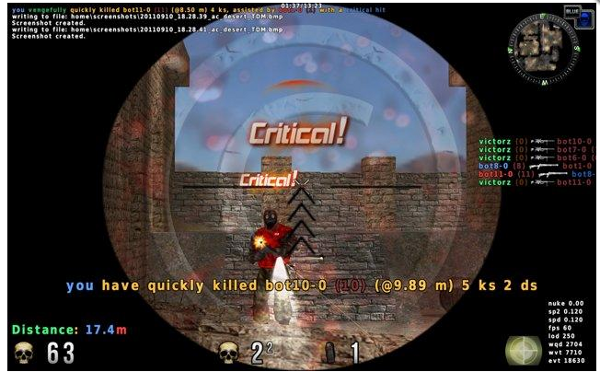 A highly rated open source free FPS that has many unique and advanced features for an open source game including anti-cheat, voting systems, ricocheting bullets, realistic gameplay, etc. Continues to be developed. 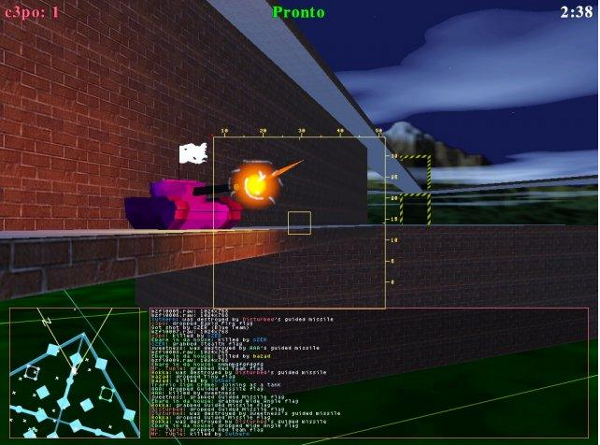 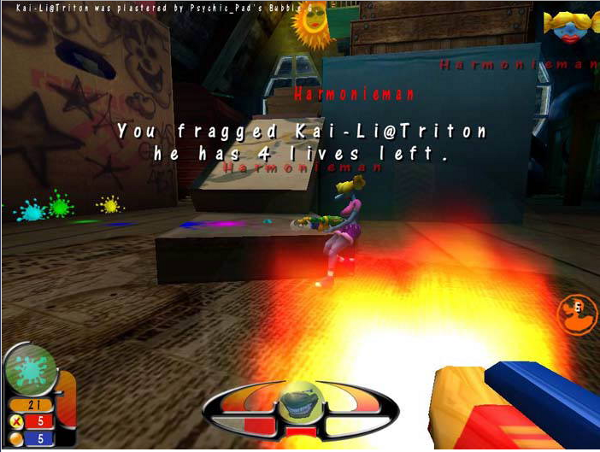 Claims to be the greatest "fun shooter". It does have cheerful graphics and fun stylings, and is highly rated and recommended. Might be fun to check this FPS out! Download and play FPS for free. 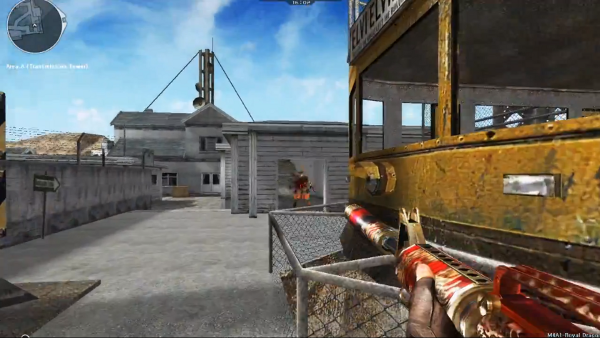 Somewhat more realistic weapons than many other free First Person Shooters, and half decent graphics. Gives off a feeling similar to Counter Strike mixed with Quake. 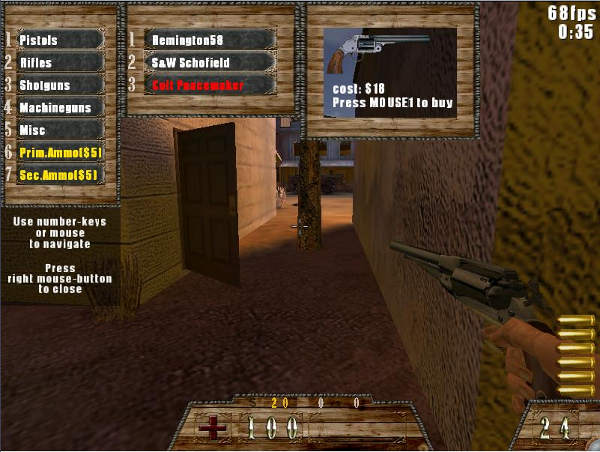 If you think you know a free/open source/freeware game that is good and should be listed here, please let us know in the comments or send L2internet.com a suggestion.